xxxHOLiC is a manga written and illustrated by the group of manga artists known as Clamp.

It was first broadcasted on April 6, 2006 on TBS (Tokyo Broadcasting System). The first season ended on September 28 and was 24 chapters long. The second season aired on April 3, 2008 in Japan and it has the title ×××HOLiC♦KEI, 13 episodes were produced. Both the movie and TV series have been licensed by Funimation for the USA.

The storyline of xxxHolic crosses over with that of a number of other Clamp series.

CLAMP decided to change to uppercase the letters h, o, l and c of the title, which is why it's possible to find references with the title written in a different way.

The same happens with the "x"s, in the U.S. version they are in lower case, though it may be possible to see them in uppercase since they don't reference the letter "x", but it's the multiplication sign. In Japan, this cross (a popular sign to signify multiply) is referenced to a relation or a connection between objects. These three crosses are because in the manga some characters suffer for their affections to some objects.

In English it's possible to add -holic to any word so it becomes into a compound word, referring to the addiction towards that object. Examples: alcoholic, shopaholic, or workaholic.

In ×××HOLiC: A Midsummer Night Dream, it used the word "holic" to refer to the fanatic collectors and addicts.

Despite the title being written "×××HOLiC", the pronunciation is only [hólic], since the "x"s are multiplying signs and must not be pronounced. On the Latin-American channel Animax, we can hear the correct pronunciation of the title.

xxxHOLiC is the story of Watanuki Kimihiro (family - given), a bewildered boy with the "power" to see spirits and ghosts. One day, as Watanuki is being chased by ghosts, his visions are dispelled as he touches the fence of a strange house. As he gets up, he is dragged into the house, and meets a "shop owner" named Ichihara Yuko. Yuko is actually a powerful witch who runs a shop that grants all kinds of wishes, but asks for a price of equal value. She almost automatically senses that Watanuki has the power of spiritual sight, and makes a deal with him so that he can be rid of his "curse". Instead of paying a price upfront, he can work at her shop until he earns enough credit to get his wish granted. Although Watanuki does menial tasks, this experience at Yuko's shop is one not to be forgotten. Watanuki's job consists of small errands dealing with the supernatural and household chores. His love interest, Himawari Kunogi, and "rival", Shizuka Dōmeki, occasionally join him in his work as per Yūko's request and the three become increasingly close despite Watanuki's annoyance with Dōmeki. The world of xxxHolic is directly connected to several other of Clamp's works through dimensional traveling. The series is directly connected to Tsubasa: Reservoir Chronicle, while other series including Cardcaptor Sakura, Legal Drug, and Magic Knight Rayearth are referenced at different times. It was originally expected to end at the same time as Tsubasa, however this point in the continuity was crossed and lead to a new arc. Yūko constantly refers to hitsuzen (必然?), meaning inevitability, destiny, or fate, as being the driving force in the world. She states that there is no such thing as coincidence, and that every single action and decision is inevitable, because without them, other related events in the future could not happen.

Kimihiro Watanuki (四月一日君尋, Watanuki Kimihiro) is a typical high school student living on his own. He is down-to-earth and selfless, but also very irritable, especially when it comes to Yūko's lavish demands and Dōmeki's stoic attitude. Watanuki begins working for Yūko in exchange for the fulfillment of his wish to never see spirits again. Apart from Dōmeki and Himawari, Watanuki does not seem to have any friends at school; in fact, Yūko teases him about being unpopular.

Yūko Ichihara (壱原 侑子, Ichihara Yūko) is a very powerful witch, mostly known for her ability to send people to other dimensions and times (sometimes called "The Dimensional Witch"), and for her ability to grant any wish in exchange for an equal cost. Despite her seemingly immature and free-spirited attitude, Yūko is also sage-like and serious when the time calls for it.

Shizuka Dōmeki (百目鬼 静, Dōmeki Shizuka) is Watanuki's classmate and one-sided rival. He is part of the school's archery club and often participates in school competitions. He lives in a shrine owned by his late grandfather. Dōmeki's personality sharply contrasts with Watanuki's, as he is calm and often sarcastic. Dōmeki has the ability to rid evil spirits and is immune to most curses, mostly due to his ancestry and his upbringing in his grandfather's temple.

Himawari Kunogi (九軒 ひまわり, Kunogi Himawari) is Watanuki's main love interest. She is a kind and caring girl, but inadvertently brings bad luck to everyone she comes into contact with, with the exception of her parents and Dōmeki.

Maru and Moro are beings that were created by Yūko Ichihara. They look like eight year old children and are always happy and playful and are rarely seen sad or angry. Neither Maru nor Moro can step outside the boundries of the shop since they are really soul-les and are considered "empty shells" (just bodies).

Mokona Modoki are rabbit like creatures. There are two Mokonas: Larg and Soel. larg is the black mokona who is a secondary character and comic relief in xxxHolic while Soel, the white Mokona, was sent off with the Tsubasa Protagonists to help them on their journey. Both Mokonas were created by the combined power of Yūko Ichihara and Clow Reed

Mokona won an award in xxxHolic for best mascot. See Awards for other xxxHolic awards and prizes.

Haruka is Shizuka Domeki's deceased grandfather. While living, he was a priest that could see spirits and other supernatural beings. He died in old age but through strange events, Haruka has been able to visit Kimihiro Watanuki in dreams and give him good advice. He looks exactly like his grandson, Shizuka.

Kohane is a nine year old girl ( when she first appears) though she ages throughout the series. Like Kimihiro Watanuki, she has the ability to see spirits and exorcise them. Over time, Kohane has become like a sister to Watanuki and a grand part of everyone's life. She is caAn important characteristic of xxxHolic is its connection to other CLAMP series. This literary device is known as crossover. Some of those which are shown in xxxHolic are:

See also: Manga Volumes Guide The chapters of the seinen manga series xxxHolic are written and illustrated by Clamp and have been serialized in Weekly Young Magazine since 2003 and published in volumes under the KC Deluxe label. The individual chapters are collected and released in tankōbon format by Kodansha, with 17 volumes released as of January 2010. The series, which ties in strongly with another of Clamp's series, Tsubasa Reservoir Chronicle, revolves around Kimihiro Watanuki, a high-school student employed by Yūko Ichihara at her wish-granting shop.

Currently, the series are published in the Bessatu Shonen Magazine.

The movie ×××HOLiC - A Midsummer Night's Dream (劇場版 ×××HOLiC 真夏ノ夜ノ夢, Gekijōban Horikku Manatsu no Yoru no Yume) begins when Kimihiro Watanuki is walking home with spirits chasing him until his friends Doumeki and Himawari arrive. The plot unfolds when Yuko, Watanuki and Domeki arrive to perform a task at a house, the which won't let in its owner, not even with her key. The three characters will have to go through difficult tests to discover the real danger inside the house and finish their task.

It premiered on August 20, 2005 alongside Tsubasa Chronicle the Movie: The Princess of the Birdcage Kingdom, and it crosses over with this last one. The DVD version was released on February 25, 2006.

The title is a reference to William Shakespeare's A Midsummer Night's Dream.

Watanuki has a request from Haruka from the Dream World. 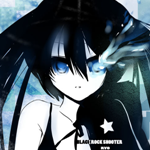